MSW student, Tehmina Tirmizi was honored as an Outstanding Woman in the category of religion by Brookhaven Town at the 31st Annual Women's Recognition Awards at a ceremony on March 30.

Tehmina has made many contributions in the community as a volunteer at the Selden Mosque serving for four years as  the Supervisor to the Muslim Girls' Youth Group where Muslim girls, ages 12 and up, are able to discuss their personal lives, current events, and do charity work to make the world a better place. Through voluneer efforts, she and the girls worked tirelessly over the years to make huge contributions to Long Island Cares, Inc.  and  Food Pantry.  Under her leadership the Muslim youth were able to collect over 1,600 pounds of food.  She also involved the girls in walking marathons for a domestic violence support group; and arrange for two of the members to give a workshop at the mosque for mothers and daughters with the purpose of increasing understanding and love for each other.  Tehmina also led her girls in international charity work as well.  To date, they have collected over $17,000 through bake sales for earthquake/hurricane/famine relief around the world, and last year alone she supervised the entire community in a massive clothing drive where over 450 boxes of clothing were collected and shipped to Pakistan.  Projects like these require organization, coordination, and an immense amount of dedication.  Tehmina was able to spearhead them all with ease.

It is our honor that Tehmina is one of our students. 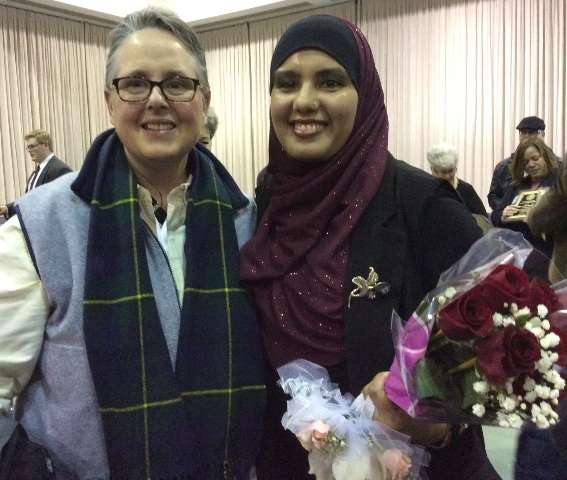 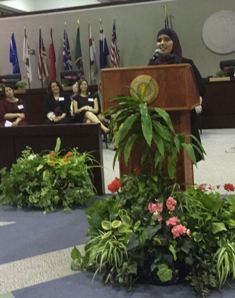