Please download and save the PDF form to your computer before filling it in. You can then save the form as you fill it out. 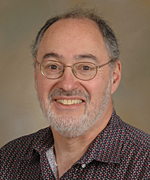 I will be retiring from the School of Social Welfare in June, 2017, a milestone that naturally prompts memories and reflection. As with many other prospective retirees, the numbers are enough to give me pause—forty-seven years in social work, thirty years as a member of the Social Welfare faculty, and twenty-one years as director of our Ph.D program. At Stony Brook, in particular, I am deeply indebted to the faculty, students, and administrators who permitted me to have such a rich and rewarding career.

Two diametrically opposed conceptions of social policy bookend my forty-seven years in social work.  When I started as a caseworker for the New York Department of Social Services in 1970, the social movements of the 1960s  had propelled the United States to the cusp of social democracy, and most policy experts foresaw a subsequent trajectory in which we would simply fall in line behind the European welfare states.  Beginning in the 1970s, however, economic stagnation and rising inequality abruptly terminated that vision. With the election of Donald Trump more  than four decades later,  the concern now is that if we do follow some of the European welfare states, it will instead be on the blame-the-immigrant path to a reactionary nationalism and authoritarianism.

We should not despair, however, because a larger point is embedded in this bookended conception of social welfare: powerful social movements have always altered social policy—they have in the past, and they will do so again.  When Donald Trump runs against "Wall Street Elites" and then staffs his cabinet with   people from the same group he was previously denouncing, a social movement is waiting to be born. When Donald Trump reassures the white working class that he will protect social security and preserve Medicare, but then appoints officials who are committed to social welfare cutbacks and privatization, supporters who gradually come to realize that they have been betrayed will soon supplement the ranks of that social movement.  To be sure, the notion that immigrants, or social welfare recipients, or people of color explain the decline of our economic fortune is a bright and shiny political distraction that may captivate  some segments of the electorate for a while. But if you were trying  to organize a social movement that instead pointed to changes in global capitalism and the larger political economy, you couldn't choose a president more likely to mobilize those forces than Donald Trump.

I am retiring, at least in part, to join these social movements.  The School of Social Welfare community has a long history of political activism. That is why I can say with both pride and confidence that  I look forward to seeing all of you there, too.