A contingent of MSW and BSW Students from the School of Social Welfare, accompanied by Professor Carolyn Peabody, learned how to run for public office as social workers on a trip to the Nancy Humphreys Institute for Political Social Work Campaign School at UConn in early March. As participants they had the opportunity to learn from Kara Hahn, MSW, the Majority Leader at the Suffolk County Legislature who was a guest speaker at the conference.

The Nancy A. Humphreys Institute for Political Social Work aims to increase the political participation and influence of social workers and the communities they serve. The Campaign School, now in its 21st year, is geared toward social work students or those already practicing in the field, who are interested in running for office or working as a political social worker in leadership positions at the local, state and federal levels. Participants are trained in every aspect of running for elected office and to work effectively in leadership positions in political settings. 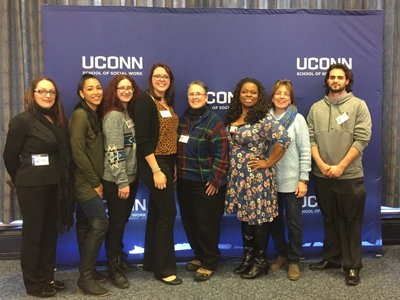 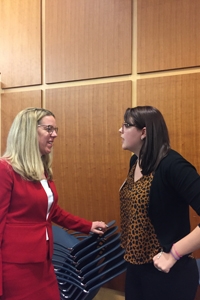 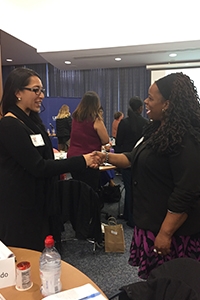